“If you yourself do not burn like the fish that live in the depths of the sea,
there will be no light anywhere.”

This quote was filmmaker Nagisa Oshima's personal motto, which is now engraved on his tombstone.
Oshima first came upon this quote by Kaijin Akashi (1901-1939), a poet who suffered from leprosy, when he was 20 years old. During his lifetime, Oshima initiated the "Shochiku Nouvelle Vague" (New Wave), shot numerous masterpieces after founding an independent film production, won the award for Best Director at Cannes, and continued to work with a global vision. Alongside such achievements, he served on the jury of the Pia Film Festival for years and watched hundreds of 8mm films submitted to the competition to encourage the next generation of filmmakers.
The Oshima Prize will be awarded, along with this quote, to young filmmakers who continue to break new ground and step out into the world, just like Nagisa Oshima did long ago. 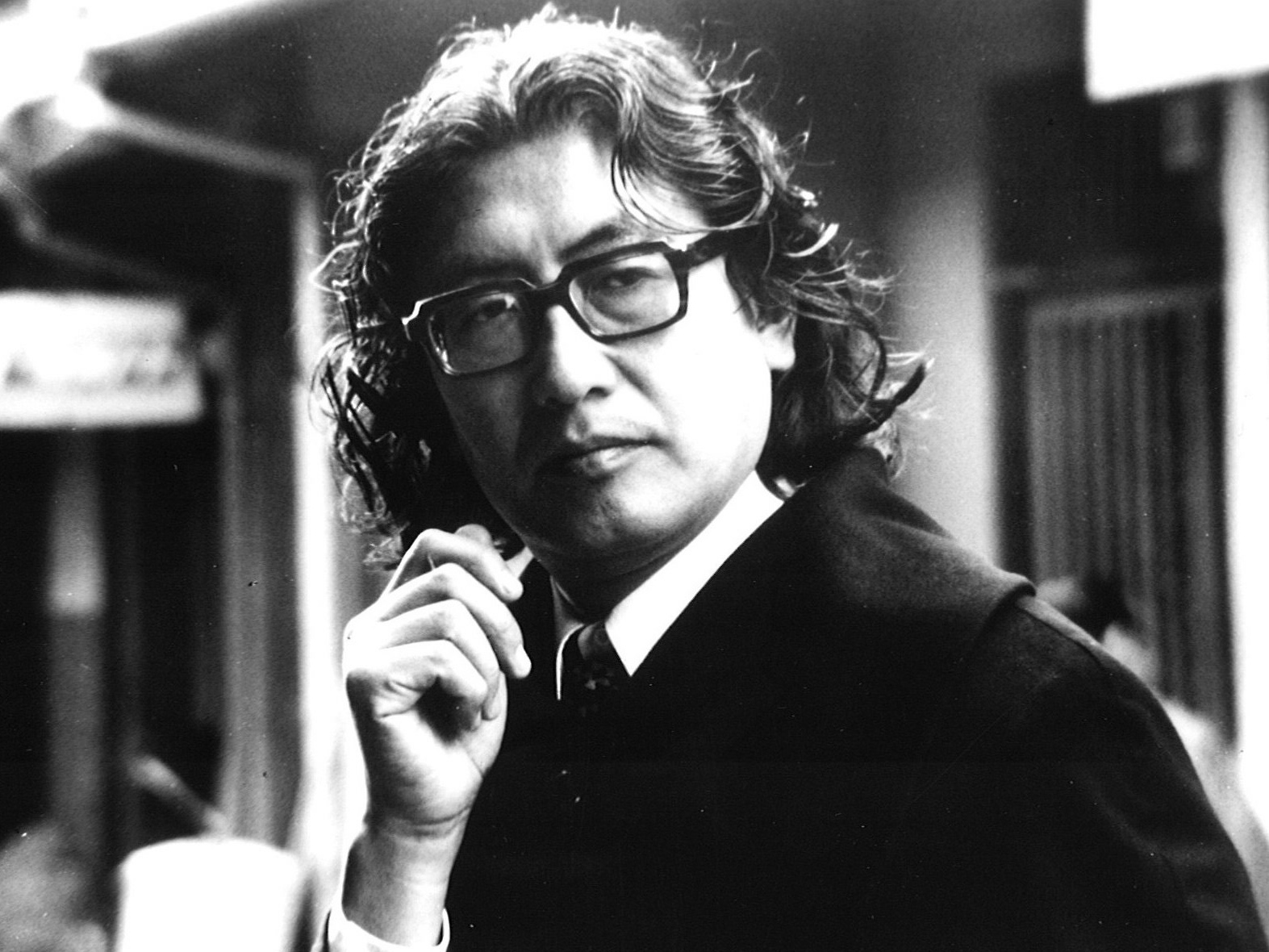 WHAT IS THE OSHIMA PRIZE?

The Oshima Prize will be awarded to young, new talents who pioneer the future of film and attempt to spread their wings around the world.
The PFF Award Competition discovers new talents in film.
The PFF Scholarship nurtures these discovered talents.
The Oshima Prize will then launch these talents onto the global stage.
We look forward to presenting this new award to next-generation filmmakers who follow in the footsteps of Nagisa Oshima, who aimed high and took on challenges on an international scale.

Born in 1932 in Kyoto, Japan, Nagisa Oshima graduated with a degree in law from Kyoto University and joined Shochiku Studios as an assistant director in 1954. He made his directorial debut in 1959 with A Town of Love and Hope. He then directed works that presented fresh techniques such as Cruel Story of Youth (1960) and Night and Fog in Japan (1960), catapulting him into the limelight. In 1961, he left Shochiku and founded his production company Sozo-sha. He went on to direct numerous works including Sing a Song of Sex (1967), Death by Hanging (1968), Boy (1969), The Ceremony (1971) and more. After founding Oshima Nagisa Productions in 1975, his Japan-France co-production In the Realm of the Senses (1976) received high international acclaim, and he won the award for Best Director at the 31st Cannes Film Festival for Empire of Passion (1978). He directed other internationally produced films such as Merry Christmas, Mr. Lawrence (1983) and Max mon amour (1986). His last film was Taboo (1999). He was awarded the Ordre des Arts et des Lettres (Order of Arts and Letters) in 2001 from the French Ministry of Culture. Oshima passed away in 2013 at the age of 80. He was a member of the Pia Film Festival jury from 1979 to 1988.

Every year, five filmmakers will be nominated by people in the movie industry of all nationalities, age, and careers, based in Japan and elsewhere, who are well versed in Japanese cinema, e.g. film festival directors, festival programmers, movie journalists, etc. The jury will then select one recipient.

PRESIDENT OF THE JURY 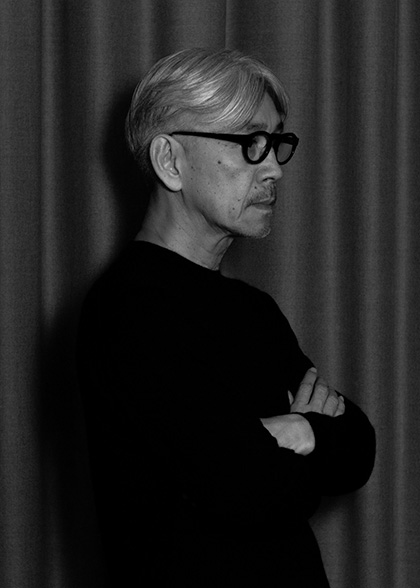 Award-winning artist Ryuichi Sakamoto was born in 1952 in Tokyo, Japan. He made his solo debut with Thousand Knives in 1978 and founded the pioneering electro-pop group Yellow Magic Orchestra (YMO) the same year. After the group disbanded, he continued to produce music in various fields including cinema. He first composed music for film in Merry Christmas, Mr. Lawrence (1983) - where he met Nagisa Oshima for the first time - for which he won Best Film Music at the 37th British Academy Film Awards (BAFTA Awards). He has won numerous other awards since, including an Oscar (60th) and Grammy (31st) for his work in Bernardo Bertolucci's The Last Emperor (1987), and more. He is internationally renowned for his tireless pursuit of innovative sound. His more recent film works include Yoji Yamada's Nagasaki: Memories of My Son (2015), Alejandro González Iñárritu's The Revenant (2015), and Tsai Ming-liang's Your Face (2019), for which he won the 21st Taipei Film Awards for Best Music. 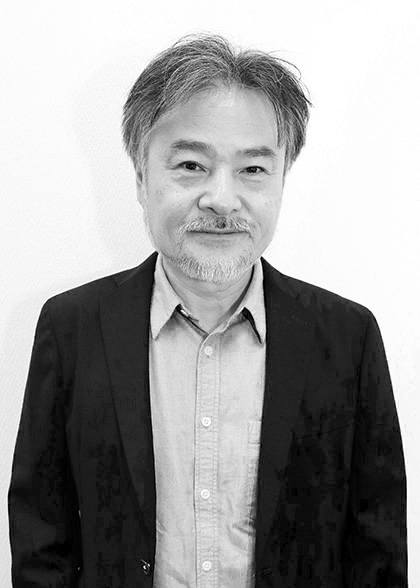 Filmmaker Kiyoshi Kurosawa was born in 1955 in Hyogo Prefecture, Japan. He became a finalist in the 4th Pia Film Festival 1981 with Shigarami gakuen, which he self-produced as a university student. He first garnered international attention with Cure in 1997 and has been awarded three times at the Cannes Film Festival for Pulse (2000), Tokyo Sonata (2008), and Journey to the Shore (2015). His more recent works include Seventh Code (2013), which was awarded Best Director at the Rome Film Fest, the France/Belgium/Japan co-production Daguerreotype (2016), and To the Ends of the Earth (2019), filmed in Uzbekistan. He has spoken at length about the beauty of Nagisa Oshima's Death by Hanging and Sing a Song of Sex with genuine respect for the late master filmmaker. 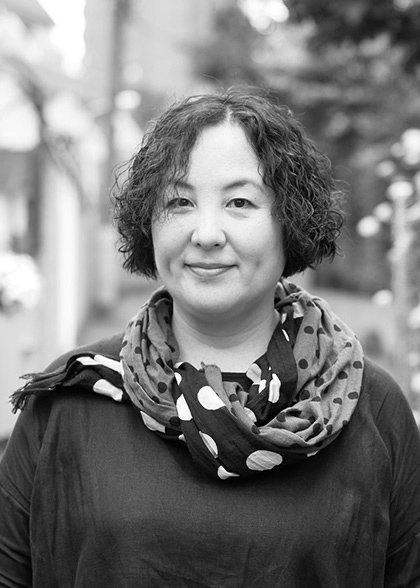 Keiko Araki joined Pia Film Festival (PFF) in 1990 and became PFF's first general director in 1992. Since then, she has been influential in discovering and nurturing young filmmaking talent through the PFF Award Competition, while organizing retrospectives of such masters as Douglas Sirk and Michael Haneke - the first of its kind in Asia - for the film fest's Invited Works section that presents the past and future of cinema. In recent years, she has focused on introducing not only PFF-related works but also Japanese independent film in general to viewers outside of Japan, and continues to work towards communicating the appeal of Japanese cinema to a wide audience.
She invited Nagisa Oshima to serve as the President of the Jury in the 15th Pia Film Festival in 1992.

The inaugural Oshima Prize will be announced in February 2020.